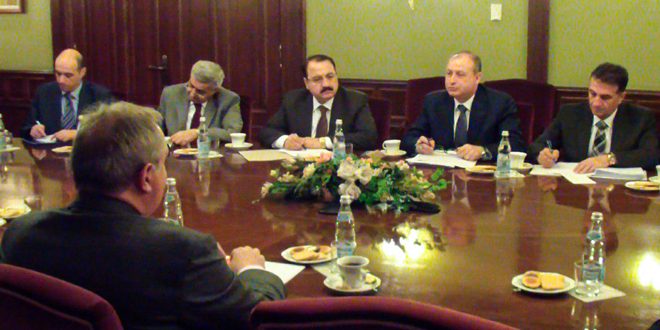 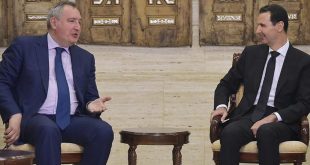 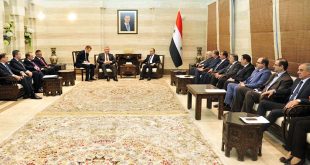 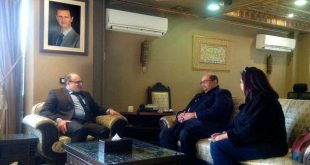 Moscow, SANA- Russian Deputy Prime Minister Dmitry Rogozin said that Russia is working to expand cooperation with Syria by signing a road map for cooperation in all fields, including energy.

Rogozin, meeting Syrian Minister of Petroleum and Mineral Resources Ali Ghanem, affirmed the need to strengthen communication continuously between Syria and Russia, adding that Russian companies specializing in the fields of energy and mineral resources are adapting their work to suit the circumstances in Syria and increasing the effectiveness of their work to intensify production.

Syrian-Russian economic cooperation represents the second front in the face of terrorism through intensive work to rebuild the Syrian economy, Rogozin said, adding that “We believe that victory in this field is the same as the victory over terrorism.”

He hoped situation in Syria would be improved if conditions were provided for the development of the Syrian economy.

Rogozin said that communications between Russia and Syria are being conducted intensively both via the Syrian-Russian Joint Governmental Committee for Economic and Technical Cooperation and between the ministries in the two countries.

Ghanem, in turn, thanked Russia for its support to Syria, saying that a number of contracts and memorandums of understanding were signed between the two sides in this visit and during Sochi’s economic meeting in addition to signing a road map on all future projects.