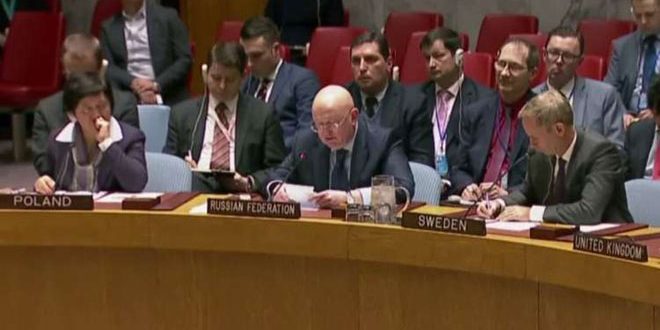 New York, SANA- Russian Ambassador to UN Vasily Nebenzya said that his country hopes the Syrian National Dialogue Congress in Sochi will give a new momentum to find a political solution to the crisis in Syria.

He also pointed out that the Syrian Arab Army, in cooperation with the Russian air force, cleared the Syrian territories from Daesh (ISIS) and other terrorist groups, which will help make the Suchi Conference a success.
Emma /Mazen