Russia rejects US procrastination regarding investigation into chemical attacks in Syria 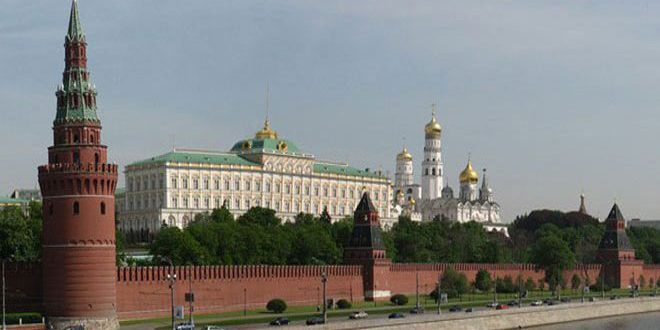 Moscow, SANA -Kremlin Spokesman Dmitry Peskov stressed his country’s rejection of the US approach which depends on procrastination with regard to the investigations into chemical attacks on Syria, indicating that the US lays charges without evidence or investigation.

In a statement to journalists on Wednesday, Peskov said “In general, we categorically reject the US approach as they procrastinate in the international investigations into previous incidents and they prefer to lay charges without any basis.”

He indicated that the US works on stopping investigation into the use of chemical weapons in Syria.

Answering a question on statements by the US Secretary of State Rex Tillerson in which he accused Russian and Syria of using chemical weapons and on the call to respond to the statement of US permanent representative to the UN, Peskov said “You know that our stances are completely contradicted in this regard with the US stance which continues hindering international investigations in previous issues of using such weapons.”

Ryabkov: US statements on use of chemical weapons in Syria unacceptable

Russian Deputy Foreign Minister Sergei Ryabkov expressed his country’s rejection of the latest US statements on the use of chemical weapons in Syria.

“These statements are categorically rejected by us and we can’t work with the US on this basis,” Ryabkov was quoted by Sputnik Agency as saying in a response to the US statements on incidents of using chemical weapons in Syria.

He added that “It is enough to read the draft resolution submitted to the Security Council by our permanent representative yesterday to make sure that Russia specifically is the one who calls for a comprehensive and integrated investigation into all incidents of using chemical weapons in Syria and everywhere regardless of who used such weapons.”

The Russian diplomat said that the US exploits the Syrian issue and the false accusations to continue the policy of suppressing Russia, saying “yesterday, there were statements by US senior officials on the same issue, and all of them can be explained with the same idea which is that the US considers that it is the only right one and there couldn’t be any other view on what is taking place in Syria and on the level of the world.”