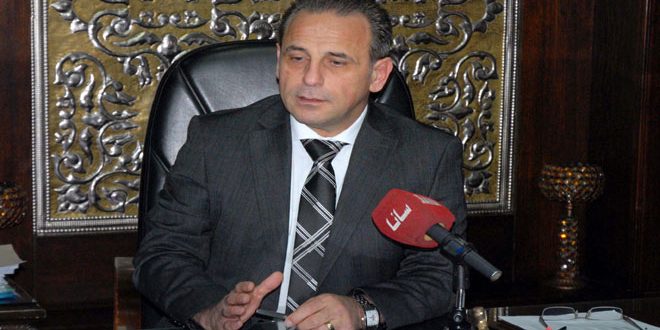 Damascus, SANA – Health Minister Nizar Yazigi said that the Ministry’s hospitals and centers provided around 40 million health services at a cost of over SYP 81 billion in 2017, which shows the exceptional efforts exerted by workers in the health sector despite the circumstances of the war.

In an interview given to SANA, Yazigi said that in 2017, 42 damaged health centers have been repaired, including 6 in the eastern neighborhoods of Aleppo city, asserting that the Ministry will continue repairing damaged centers in areas that are secured, adding that 5 new health centers have been opened in Aleppo, Tartous, Homs, and Damascus Countryside.

He also said that 26 new ambulances and 6 mobile clinics have been put into service during last year. 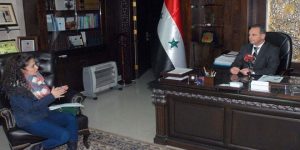 Yazigi pointed out that terrorist attacks have left many people with injuries and disabilities, which prompted the Ministry to expand the work of its prosthetics unit, which provides around 35 prosthetics to patients each month.

He went on to say the Ministry’s investigation teams have been working hard across all provinces to monitor any possible epidemics and prevent the spread of contagious diseases, which are still within normal limits in Syria.

Regarding pharmaceuticals, the Minister said that locally-produced medicine covers around 90% of the local market’s needs despite difficulties facing this sector, and efforts are ongoing to work with friendly countries and international organizations to provide the types of medicine not produced in Syria like vaccines and medicine for terminal, immune, hereditary, and epidemic diseases, as well as building production lines for these types of medicine.

Regarding future plans, Yazigi said the Ministry will launch a services center to simplify and facilitate paperwork soon, as well as a project for establishing a database for medical human resources and equipment.