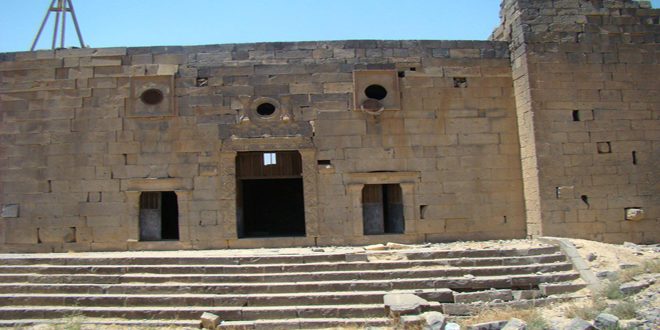 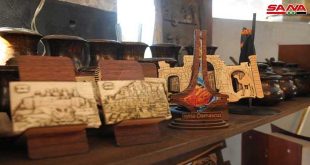 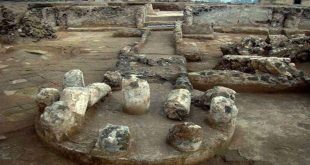 Daraa, SANA – Head of Daraa’s Antiquities Department Mohammed al-Naserallah warned that the ancient temple located in al-Mataieh town in the southeastern of Daraa countryside is likely to collapse due to the acts of of terrorist groups and illegal excavations in and around the temple. 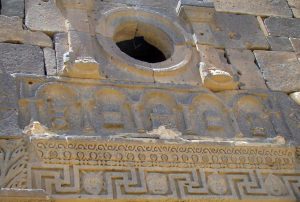 Al-Naserallah told SANA’s correspondent that information and pictures the Antiquities Department obtained from the local community in al-Mataieh confirm the terrorist organizations’ transgressions against the temple that dates back to the first century AD, adding that groups of thieves who smuggle antiquities and buried treasures carried out acts of sabotage and theft within the temple and its surroundings.

He said that some of the illicit excavations have reached the foundations of the temple, which constitutes a danger to the structure if the digging continues.

He said that the local community in the town are cooperating with Daraa’s Antiquities Department to inform it about the state of the antiquities, especially since the town is located southeast of Daraa’s borders with Jordan where terrorist groups are located, and that allows illegal excavators to smuggle artifacts to Jordan without any deterrent.

He clarified that the Jordanian side has admitted, after the report on the smuggling of Syrian antiquities via Jordanian borders published by SANA in last September, that there is a warehouse for the smuggling of archeological artifacts from Syria to Jordan through illegal border crossings by the terrorist groups without specifying the number of the artifacts in the warehouse.

The temple in al-Mataieh, which the locals call the temple of Alexander the Macedonian, was built in the beginning of the first century AD and is located in the center of the town. It was built of hard basalt stone and has been renovated more than once. 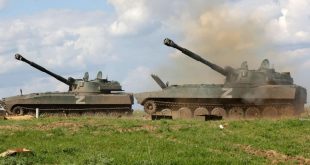