Ryabkov: Washington’s accusations of Moscow preventing investigation into use of chemical weapons in Syria mere lies 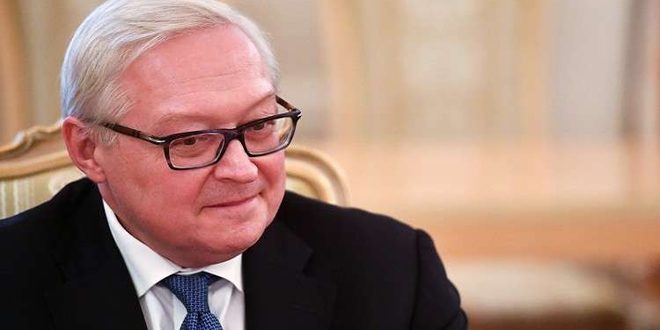 Commenting on the US accusations, Ryabkov told journalists on Tuesday that these accusations constitute audacious distortion of facts, stressing the need for a true investigation that uncovers the true perpetrators of the chemical attacks in Syria, adding that sadly the UN-OPCW joint mechanism did not work to achieve this.

He said that Russia has strong objections to the work of the OPCW fact-finding mission in Syria, stressing that the unacceptable US accusations will not change Russia’s position towards this issue.

On the meeting on the use of chemical weapons in Syria, which is scheduled to be held today in Paris, Ryabkov said that this step is a direct attempt to override the jurisdiction of the OPCW and deals a blow to the UN, and this will only divide the international community further.