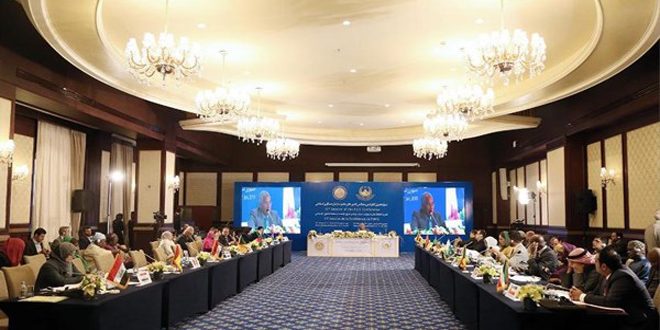 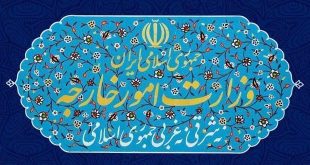 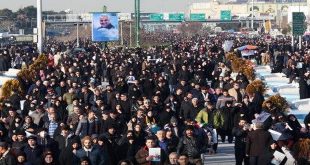 Millions of Iranians bid farewell to Soleimani, his companions in Tehran

Tehran, SANA_ Participants in the 13th edition of the Parliamentary Union of the member states of the Organization of Islamic Cooperation (PUIC) welcomed the recent victories over the terrorist organizations in Syria and Iraq, calling for intensifying the efforts to end all forms of terrorism in the region.

In a final statement recited by Chairman of the Iranian Shura Council’s Committee for Foreign Policy and National Security, Alaeddin Boroujerdi, the participants denounced terrorism, highlighting Iran’s basic role and its cooperation with Syria and Iraq in eliminating terrorist organizations.

The Israeli entity measures and practices in the occupied Syrian Golan aimed at obliterating the demographic features and legal status of the Golan and its institutional structure were vehemently condemned.

The statement also denounced the Israeli policies represented by seizing the lands and water resources, establishing and expanding settlements in the Golan, imposing the entity’s laws and will on the Golanese and non- compliance with the international resolutions, particularly the UN Security Council’s resolution no. 497 for 1981which considers the Israeli decisions as “null and illegal.”

It called for continuing dialogue among the countries and religions and for facing extremism, Takfiri ideology, violence and wrong interpretation of religion.

The statement strongly condemned US President Donald Trump’s unilateral decision to recognize al-Jerusalem as the capital of the Israeli occupation entity, stressing that this decision is fake poses threat to international security and peace and an assault on the rights of the Palestinian people.

The statement confirmed the Palestinians’ legitimate right to all form of resistance to restore their rights, particularly the right to return and establish an independent state with al-Quds as its capital.

The participants rejected all unilateral laws enacted by the US beyond its borders as well rejected its Judicial decisions especially those which violate and contradict the UN Charter and  undermine the sovereignty of states.

On Yemen, they renewed the need for reaching a political solution in the country and speeding up the delivery of the humanitarian aid, expressing deep concern over the bad situations in Yemen.

The statement stressed the importance of setting up a new economic system for the OIC member states based on cooperation and solidarity.

The final statement also called for resisting all form of media war and confronting the international media attempt to distort Islam and link it with terrorism and violence.