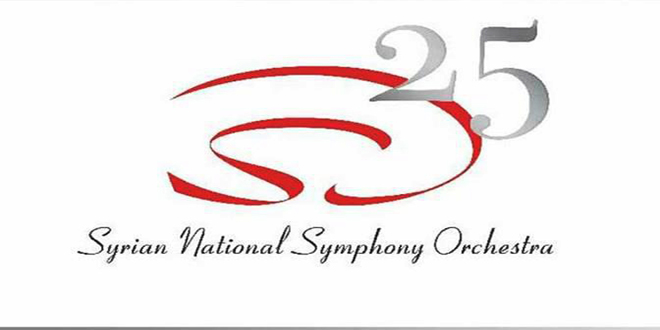 The silver jubilee event will be held next Monday at 6 pm at Damascus Opera Theater of Dar al-Assad for Culture and Arts.

The program will draw upon pieces performed 25 years ago to pay tribute to the Orchestra’s founder, the late musician Selhi al-Wadi.

The National Orchestra will also perform pieces by international composers, such as Enrique Granados, Ludwig van Beethoven and Pyotr Ilyich Tchaikovsky, as well as Selhi al-Wadi’stake on the song “You are my Life” by legendary Arab musician Mohammed Abdel Wahab.

The Syrian National Symphony Orchestra was founded by Sulhi al-Wadi, who was also its first conductor, and held its first public concert in 1993, after establishing the Higher Institute for Music. Since then, the orchestra has represented Syria in many Arab and international festivals.