Unprecedented turnout at “Made in Syria” exhibition recently opened in Baghdad 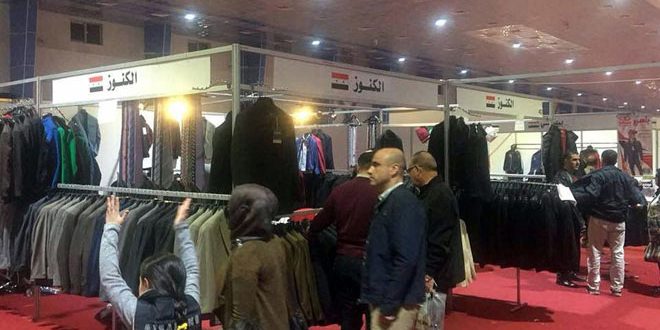 Baghdad, SANA_ “Made in Syria” exhibition, recently opened in Baghdad, witnessed unprecedented turnout on Wednesday evening with the attendance of Iraqi citizens, businessmen, traders and representatives of Iraqi companies.

A media source at department of commercial exhibitions of the Iraqi Ministry of Trade expressed satisfaction with the Iraqi public’s interest in the exhibition.

The source hoped that there will be permanent centers for marketing the Syrian products.

He confirmed that the Iraqi market returned to be, as it was before five years ago, the main market for Syrian products and industries, besides the opened Syrian markets in several countries, including European.

The exhibition, which kicked off in Baghdad on December 9 , 2017, will end on current January 6 .