Lavrov: Developments in Syria pave way for political dialogue based on UNSC resolution 2254 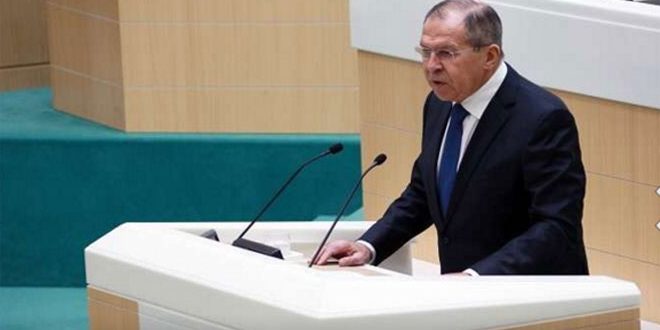 Moscow, SANA- Russian Foreign Minister, Sergey Lavrov, said that victories achieved over terrorism by the Syrian Arab Army, in cooperation with the Russian Aerospace Forces, constitute  necessary ground to move to the stage of political settlement on the basis of UN Security Council resolution no.2254.

Addressing the Federation Council (upper house of parliament) on Friday, Lavrov clarified that Daesh (ISIS) terrorist organization in Syria has been eradicated and the remaining affiliated groups will be eliminated soon.

Lavrov said that some  cells of Daesh terrorists managed to flee from Syria into Iraq despite that Russia asked the US-led coalition to prevent that due to non-presence of the Russian forces in Iraq,” Lavrov said, stressing that the US refused under the pretext that Geneva Convention protects  them at a time when the US positions contradict the Convention on the Elimination of Terrorism.

The Russian official said the facts on the ground confirm that the US-led coalition has transferred Daesh terrorists to safe positions to protect them to be used later elsewhere.

Lavrov called for unifying efforts of the international community in combating terrorism away from double standards, pointing out that the West is trying to impose its hegemony, exert pressure and to blackmail its opponents.

He affirmed the importance of holding the Syrian National Dialogue Congress In the Russian city of Sochi for reviewing the Constitution articles and elections, solving the humanitarian issues and drawing up a long-term integrated program on reconstruction in Syria. 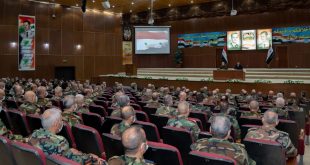