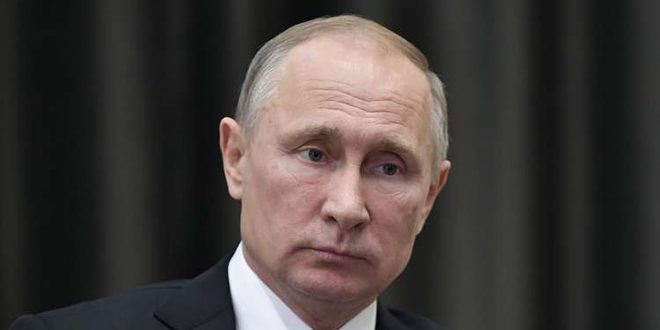 Moscow, SANA – Russian President Vladimir Putin affirmed on Wednesday the full elimination of Daesh (ISIS) terrorists on the Euphrates banks in the countryside of Deir Ezzor.

The President added in a press statement in the Russian city of Nizhny Novgorod that Russian Defense Minister Sergei Shoigu handed him a report confirming the defeat of Daesh terrorist organization on the banks of the Euphrates River in the countryside of Deir Ezzor.

He said that despite the remaining of several pockets of Daesh, the military operations in this region ended by achieving full victory against the terrorists.

The Russian president pointed out to the need for moving a new stage, namely the political settlement, through launching a tripartite political process, holding the Syrian national dialogue congress in Sochi and drafting a new constitution.

He also reiterated the importance of going ahead towards a political settlement and run elections, saying that this action requires remarkable efforts.