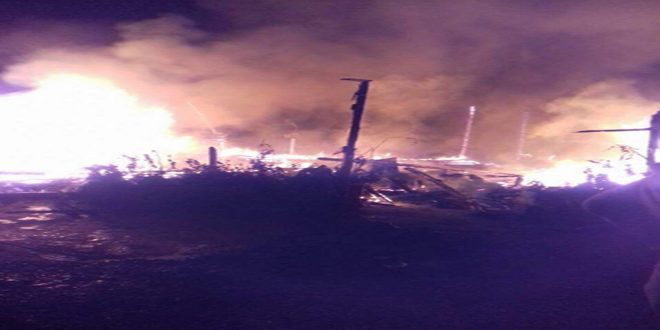 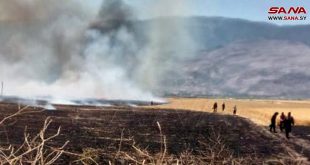 Fire caused by terrorists’ shells in Hama countryside put out 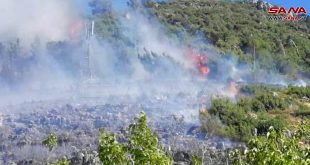 Beirut, SANA – Three Syrian girls died on Friday after a fire broke out at a camp for Syrian refugees in the town of Bennin in Akkar district, north of Lebanon.

The 3 girls died after a major fire broke out in a Syrian refugee camp and the Lebanese Civil Defense managed to extinguish the flames, Lebanon’s National Media Agency said, without referring to the cause of the fire.

Displaced Syrians, who have been forced to leave their homes in Syria because of the armed organizations, face tragic circumstances in refugee camps abroad.

The Syrian government called on its citizens who left the country to return and it pledged to provide them with all their needs, whether at their homes or in the temporary accommodation centers, a step that motivated many Syrian refugees to return to their country.