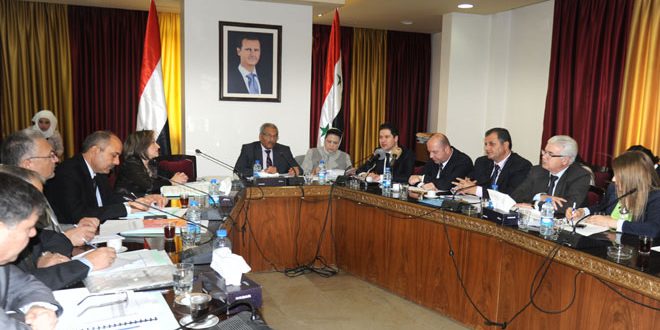 Damascus, SANA – The Budget and Accounts Committee at the People’s Assembly discussed on Monday the 2018 investment budget of the Tourism Ministry that was set at SYP 1.251 billion.

The Committee members focused on the necessity of activating the tourism sector after stability has been restored to a large number of areas and reviving the handcrafts markets, in addition to encouraging popular and internal tourism and tackling the high prices of services at tourist facilities.

They also called for the establishment of tourist facilities on the Euphrates River and al-Assad Lake in the eastern region and Amrit in Tartous in the coastal region.

In turn, Tourism Minister Bishr Yazigi pointed out that the Ministry has a plan for the next phase related to the rehabilitation of infrastructure at the tourist sites, in addition to starting investment projects in participation with the private sector.

The Committee also discussed the Justice Ministry’s 2018 investment budget that was set at SYP 2,797 billion.

The members of the Committee focused on the need to implement the project of automating judicial work and archiving judicial files restored from areas liberated by the Syrian Arab Army.

Justice Minister Hisham al-Shaar affirmed the importance of building justice palaces and new courts in various areas of the provinces to meet the needs of citizens, in addition to the need to rehabilitate the courts which been damaged by terrorist organizations.

Later, the Committee discussed the investment budget of Economy and Foreign Trade and its affiliated establishments for the year 2018, which was set at SYP 1,420 billion.