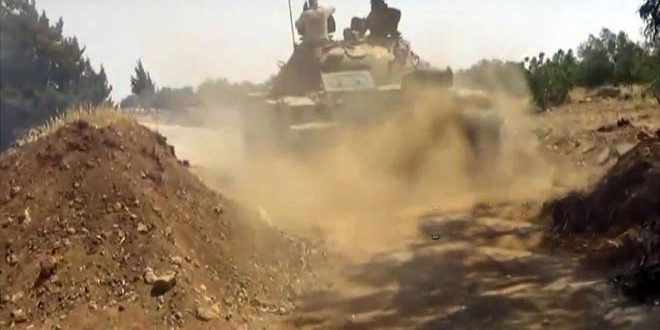 Provinces, SANA-Units of the Syrian Arab Army achieved new advance in their operations against the gatherings of ISIS terrorist organization through restoring security over Hatla village and two neighborhoods in the city of al-Mayadeen in the southeastern countryside of Deir Ezzor province.

SANA reporter said that army units, during the past few hours, carried out operations against ISIS’ fortifications and spreading points, resulting in the eliminating of last ISIS gatherings in Hatla village on the eastern bank of the Euphrates River.

The reporter added that army units restored al-Halbia roundabout in al-Sahlyhia area on the northern entrance of Deir Ezzor city and continued their operations in the direction of al-Siasya Bridge, noting that all ISIS supply routes deployed in neighborhoods of the city had been cut off due to the army’s advance.

To the southeast of Deir Ezzor city, the reporter affirmed that army units managed during their intensive operations on the fighting axes of in al-Mayadeen city to advance and restore control over al-Balaoum and al-Madihi in addition to eliminating the last gatherings of ISIS in the Industrial School and the Electricity Company of the city.

Meanwhile, local sources in the eastern countryside of Deir Ezzor said that ISIS terrorists executed a person in Abu Hamam village and hanged his body to terrorize the locals who are trying to flee away from the areas where ISIS positioned.

A unit of the Army and Armed Forces downed a booby-trapped radio-controlled plane for terrorist groups over Tal al-Qab’e to the north of Khan Arnaba town in the northern countryside of Quneitra province before it reached to its destination.

SANA reporter said that an army unit has shot down a reconnaissance plane rigged with explosives for terrorist groups positioned in Jubatha al-Khashab before it reached to its destination. 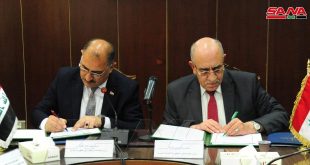