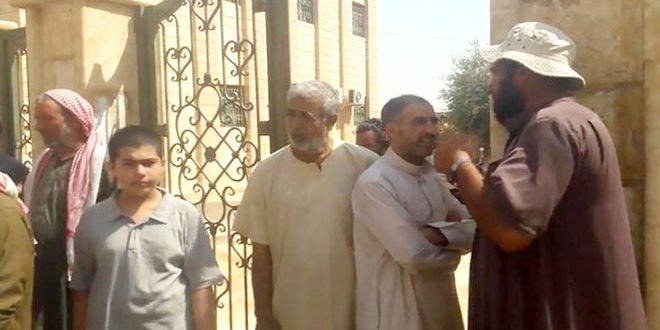 Deir Ezzor, SANA- Syrian Arab Army has opened humanitarian corridors in Deir Ezzor for citizens willing to leave the areas in which ISIS terrorists are positioned.

SANA reporter said that Deir Ezzor’s governorate has made all necessary arrangements to secure residences for the citizens who leave the areas in which ISIS terrorists are positioned, and to provide them with all necessary assistance and basic needs.

The governorate called on the locals of Deir Ezzor in the areas held by ISIS to head to the nearest point of the Syrian Arab Army.