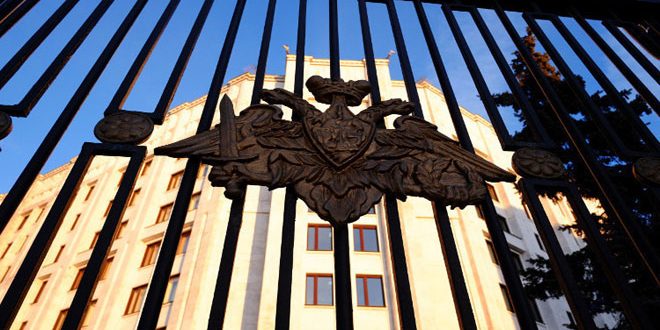 The Ministry said in a statement on Wednesday that during lifting the siege imposed on Deir Ezzor city, the Syrian Arab Army units established control over a large fortified position that was controlled ISIS terrorists, which the Russian Aerospace Forces and cruise missiles launched from the frigate the Admiral Essen targeted on Tuesday.

“Evidence confirming previous intelligence reports from various sources indicating that the position was defended by terrorists with Russian and CIS origin was found after the liberation of the area,” the ministry said in a statement.

According to the statement, 12 armored vehicles, including four tanks, six artillery and mortar firing positions, a command post and a communication center, as well as three ammo depots, were destroyed, and more than 200 terrorists were killed during the rocket strikes carried out by the frigate the Admiral Essen, noting that the army units are continuing their operations aimed at liberating Deir Ezzor city completely.

The Ministry said that the terrorists were preparing for a long siege where they established underground housing suitable for long stays, weapons and ammunition depots, and large medicine and food caches, as the area was hosting a workshop for making car bombs, heavy armor repairs, and 4WD vehicles with large-caliber machine guns and anti-aircraft guns.

The Ministry noted that the terrorists planted landmines in all the entrances which led to the area and all the facilities inside and fled the area, leaving four SUVs and large quantities of light weapons and ammunition and more than 100 pieces of improvised explosive devices and landmines.