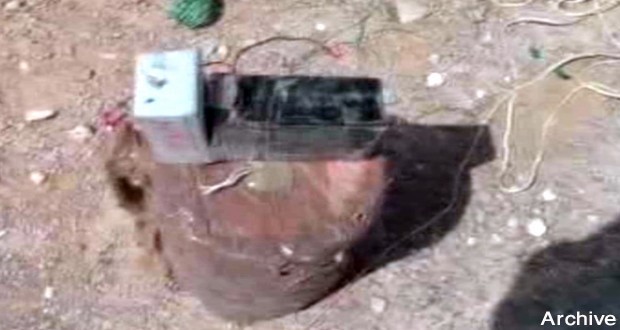 Sweida, SANA – Engineering units of the Syrian Arab Army dismantled on Thursday a number of IEDs planted by terrorists in the northwestern countryside of Sweida province

SANA reporter said that the army’s engineering units, in cooperation with the popular defense groups, dismantled six IEDs that the terrorists had earlier planted along Areiqa- Dama road in al-Lajat area in the northwestern countryside of Sweida in a new violation of the de-escalation zones agreement.

The roadside bombs, which weighed about 15 kg each, were meant to blow up passing cars and citizens.

Army engineering units de-escalation zones dismantling IEDs passing cars Popular defense groups Sweida The roadside bombs 2017-08-31
admin
Share
Previous A sit-in in front of the UN Office in Damascus in solidarity with the detainees at the Turkish jails
Next Zakharova: Terrorists in Daraa aim to use chemical weapons against civilians