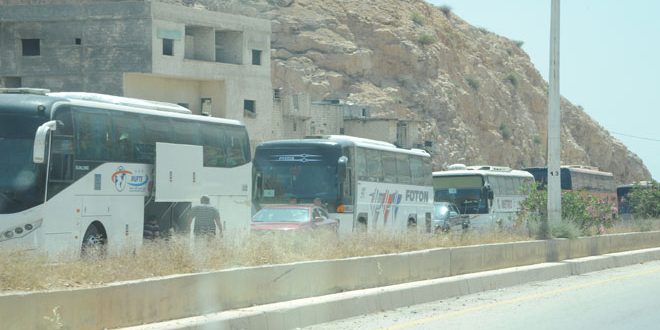 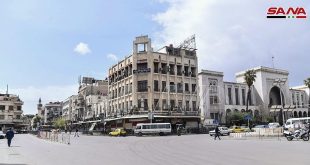 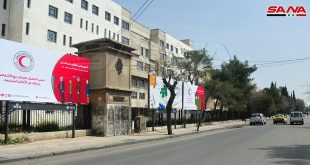 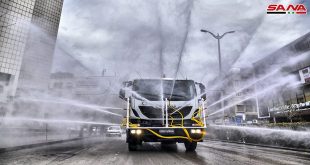 Disinfection campaign in streets and neighborhoods of Damascus, Photos

Damascus, SANA – The first batch of militants and some of their family members exited on Monday from Barzeh neighborhood in Damascus and headed north as part of the implementation of an agreement to end the armed manifestations in Barzeh neighborhood in preparation for the return of all state institutions to it.

SANA’s reporter said that a number of buses carrying tens of militants and some of their family members exited Barzeh area towards the northern countryside, adding that the evacuation of the militants who reject the reconciliation agreement and their families will be carried out in successive batches throughout the next few days until the neighborhood is completely cleared of all armed manifestations, in addition to settling the legal status of the other gunmen in the neighborhood in accordance with the Amnesty Decree No. 15 for 2016.