A drug pusher arrested, 2150 Captagon tablets and 7 kg of hashish seized in Hama 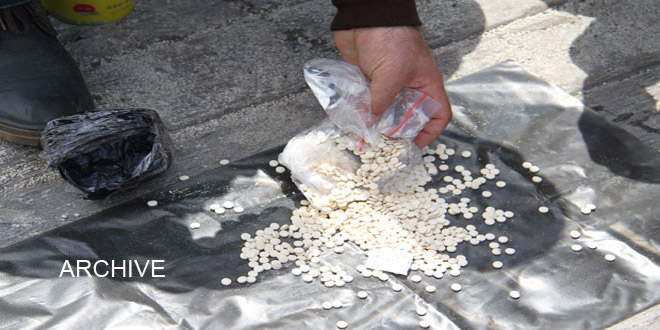 Hama, SANA – The Drug Combating Department of Hama seized on Thursday an amount of Captagon tablets and Hashish inside a den in Dawar al-Jebb neighborhood in Hama city.

A source at Hama Police Command said in a statement to SANA reporter that the authorities arrested a person while he was in the act of promoting drugs.

The source added that 2150 Captagon tablets and 7 kg of hashish that belonged to the drug pusher and were hidden in den were seized.

The arrested person admitted that other persons are involved in the drug smuggling, who are now being hunted down by the members of the Drug Combating Department.