Moscow, SANA – Minister of Endowments Mohammad Abdul-Sattar al-sayyed discussed with a delegation from the Russian University, including its head Irina Karayeva and a number of professors, the necessity of countering terrorism and taking protective measures to prevent extremist ideas from infiltrating the minds of young people.

The meeting who was attended by the Mufti of Moscow Albir Krganov discussed scientific cooperation and utilizing and using Syrian curricula in the field of fighting terrorism.

During his meeting with postgraduates of the Russian University, Minister of Endowments presented a review of the situation in Syria and counterterrorism efforts, highlighting the importance of moderate thinking in facing extremist and terrorist mentality. 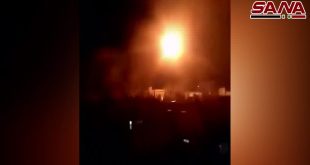