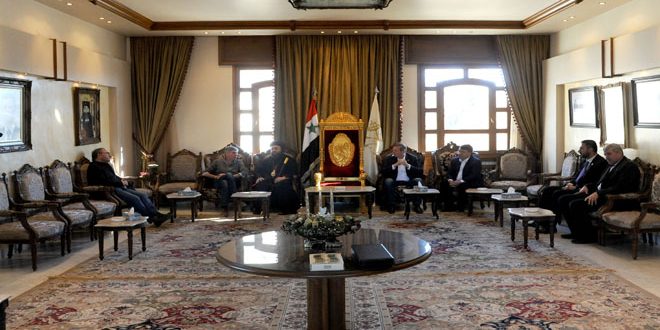 Damascus Countryside, SANA – Mor Ephrem Monastery in Sednaya was the last stop for the Belgian parliamentary delegation that began a visit to Syria five days ago, concluding it on Tuesday with a tour of monasteries and convents in Qara, Maaloula, and Ma’aret Sednaya in Damascus Countryside.

While visiting Qara, the head of the delegation, Belgian MP Filip Dewinter, said that the Syrian people are victims of European sanctions and embargo, stressing the need to lift these sanctions and asserting that the coexistence in Syria must prevail. “The battle of President Bashar al-Assad against terrorist organizations, particularly ISIS, is out battle, because we consider these organizations a common enemy, so we must stand alongside President al-Assad,” Dewinter said, adding that the holy sites he visited in Damascus Countryside bear important symbolism as they show the coexistence in the Middle East, stressing that Syria is a secular state and must remain so, which requires supporting President al-Assad.

The Belgian MP also underlined the importance of the liberation of Aleppo, saying it was an important step in the battle against terrorism and that the delegation’s visit to Aleppo was very touching, adding that during that visit he learned about what actually happened there which is contrary to the incorrect, fabricated, and false news circulated by Western media.

In Maaloula, the delegation members witnessed the crimes committed by terrorists against holy sites and historical monuments, voicing regret over the barbaric acts of the terrorists. 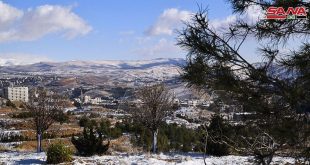