60 militants from Wadi Barada area have their legal status settled 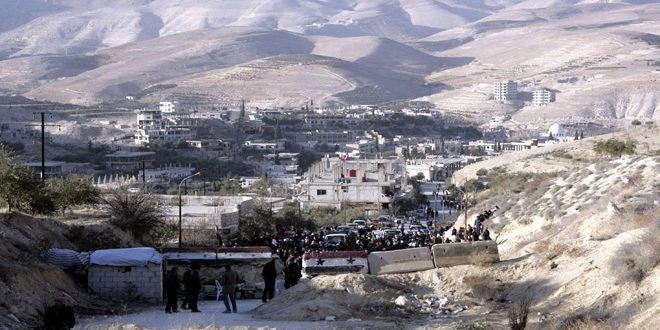 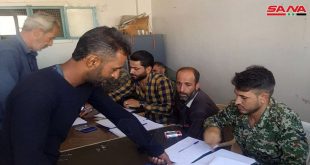 Damascus countryside, SANA – The legal status of scores of militants from the villages and towns of Wadi Barada area in Damascus countryside was settled on Wednesday after they turned themselves in and handed over their weapons to the authorities within the framework of the agreement reached to clear the area from arms and militants.

SANA’s reporter said that 60 militants from the villages and towns of Wadi Barada area handed over their weapons to authorities at the entrance of Deir Qanon to have their legal status settled after they vowed not to commit any act that would threaten or undermine the security and stability of the homeland.

The source added that the militants handed over their heavy weapons, including mortar launchers and various kinds of explosive shells.

On Monday, the last groups of militants who refused reconciliation were transported with their families to Idleb province, while others who desired to stay in Wadi Barada area had their status settled.

Meanwhile, the reporter said that an army unit opened the road of Wadi Barada from the direction of Deir Qanon to facilitate the movement of citizens from and into the area.