Source close to Syrian delegation: Consultations underway to overcome obstacles put by Turkey in the way of reaching positive outcomes 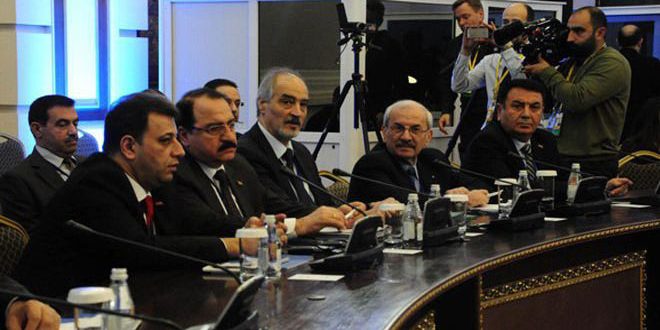 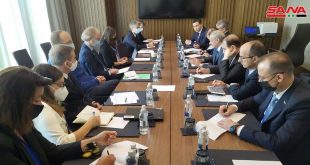 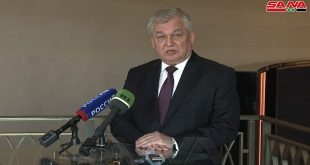 Astana, SANA- A source close to the Syrian delegation in Astana said Tuesday that
consultations are underway to overcome the obstacles being put by Turkey in the way of reaching positive outcomes.

The source told SANA delegate that the meetings witnessed stubbornness by the Turkish side to put expressions and terms out of the context of Astana meeting and its basis which is enhancing the cessation of hostilities agreement.

The source pointed out that the planned meeting among Russia, Iran and Turkey in the presence of the UN Special Envoy to Syria Staffan De Mistura is expected to tackle the final agreement on the final statement regarding enhancing the cessation
of hostilities and a specific mechanism for monitoring the implementation of this agreement.

The informal consultations of the Syrian, Russian and Iranian delegations are continued as there is a common will by those delegations to come out with positive outcomes despite the obstacles raised by the Turkish side.

The source added that the Syrian delegation is confident of the possibility of reaching positive outcomes by Astana meeting if all parties participating in the meeting have the will.

Turkey, the sponsor and guarantor of terrorism and terrorists leaked a disagreed upon copy of the final statement, according to SANA delegate. 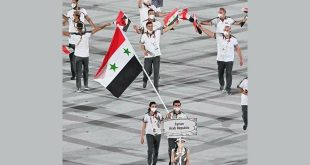