Electricity Minister: We are working on new power generating projects to meet demand 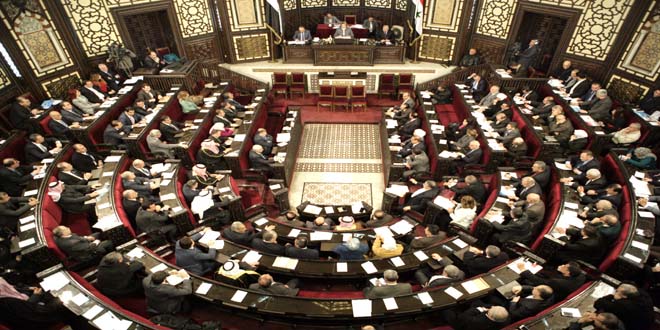 Damascus, SANA – Electricity Minister Mohammad Zuheir Kharboutli said on Tuesday the electric power system with all its components, including power plants, substations and transmission lines, is fully ready to meet the demand for electric power.

During a People’s Assembly session to discuss the Ministry’s performance, Kharboutli pointed out that the power plants run on gas and fuel generate about 4580 megawatt, which is enough to meet the demand for electricity if these two substances are available.

He added that the Ministry is working on implementing a new dynamic electricity project in less than a month which will generate 750 megawatt, in addition to a new strategic project to generate about 450 megawatt that will be put into service within six months.

The Minister pointed out that the electricity sector has stood its ground firmly during the current crisis, noting that its losses due to the systematic terrorist attacks have exceeded SYP 850 billion.

He also noted that the Ministry has signed a memo of understanding with China according to which Chinese experts will work on rehabilitating Aleppo thermal station.