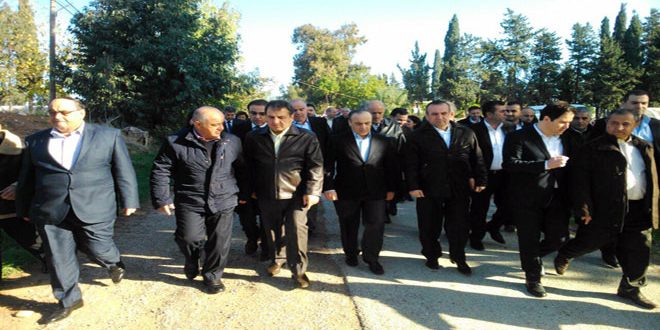 Lattakia, SANA – Prime Minister Imad Khamis on Thursday inspected the productive sectors in Lattakia Province and participated in an afforestation campaign for rehabilitating the burned forests in the countryside of the Province.

In this context, the government allocated a sum of SYP 700 million for rehabilitating a factory for dairy products in a cow farm in the village of Fedio and SYP 264 million for expanding the farm.

Premier Khamis said that the customs duties at border posts were abolished for citrus trucks to facilitate the marketing of the coastal production.

In another context, he laid the foundation stone of the craft area in al-Qerdaha town in the countryside of the Province with a cost of 500 SYP million. 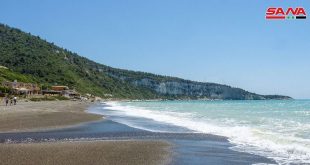