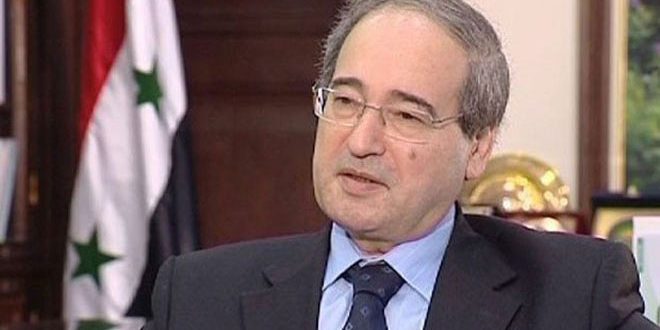 Damascus, SANA-Syria condemned the unaccepted stance taken by leadership of the International Red Crescent in Geneva towards the horrifying crime perpetrated by terrorists in Aleppo, claiming the lives of two Russian female doctors and destroying the field hospital offered by the Russian government to relieve the wounded of the children and women in Aleppo.

“The Syrian government condemns destroying the hospitals and killing the doctors who assume humanitarian duties with full responsibility,” deputy Foreign and Expatriates Minister Fayssal Mikdad said in a telephone call with Marianne Gasser, the head of International Committee of Red Cross in Syria.

He added that the statement issued by ICRC “doesn’t reflect the spirit and context of Geneva treaties and the International Law,” affirming that such statements distance from fairness or neutrality to which the ICRC should enjoy.

Mikdad said that targeting the Russian field hospital in Aleppo by terrorists and their masters is a criminal, deliberate act, holding the countries which support and sponsor terrorism responsible for this heinous act.

“Syria is determined to secure all demands of good life for the civilians in eastern Aleppo,” Mikdad added.