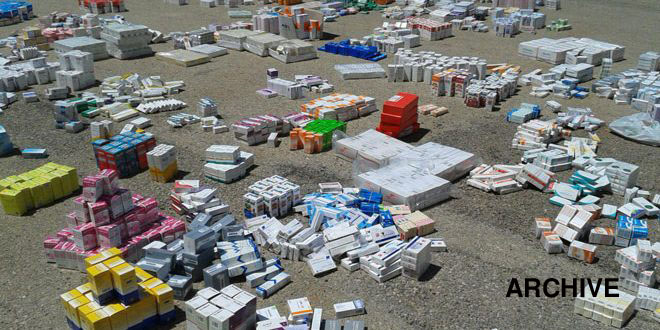 Hama, SANA-An army unit seized large amounts of medicines while they were primed to be transported in the areas where Jabhat al-Nusra and ISIS are positioned in the far eastern countryside of Hama province.

SANA correspondent said that an army unit set up an ambush for a car that was transporting medicines from terrorists of Jabhat al-Nusra to ISIS terrorists by the junction of the Agricultural Research in Wadi al-Azib in the eastern countryside.

The reporter added that the terrorist who was driving the car was killed during the operation and his weapon and large amounts of French, UK and Qatari medicines were seized.