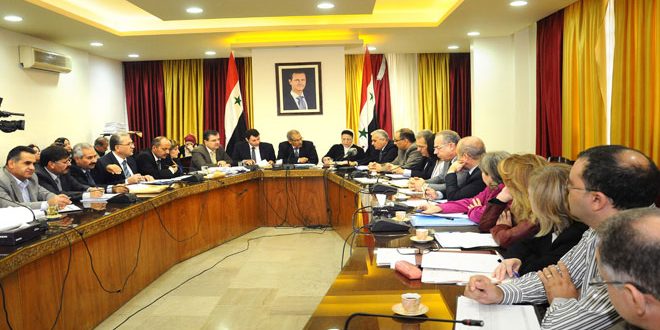 Damascus, SANA-The Budget and Accounts Committee at the People’s Assembly on Monday discussed the Communications and Technology Ministry’s 2017 investment budget which was set at SYP 3.839 billion.

The Committee members focused on the means to develop the work of the General Establishment of Posts, calling for finding solutions for the problems related to the internet speed in some areas and the issuance of legislations on the projects of e-government and e-signature.

For his part, Minister of Communications and Technology Dr. Ali al-Zafir pointed out that 2017 will be “the Year of Information Technology in Syria” where the work will be concentrated on building the required infrastructure to automate government services, including mail and electronic payment.

He noted that the bulk of the ministry’s budget is allocated for the e-signature project and the national data bank in preparation for the e-government.

Later, the Committee discussed the Petroleum and Mineral Resources Ministry’s 2017 investment budget which was set at SYP 23,235,800,000.