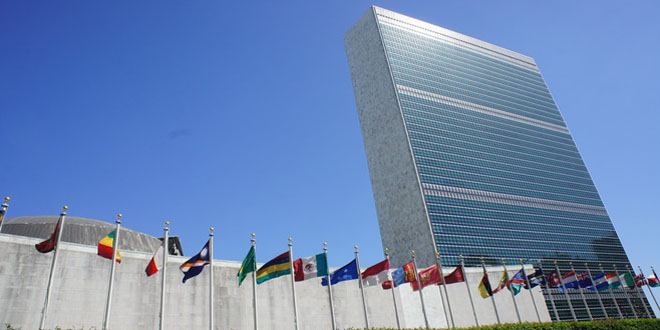 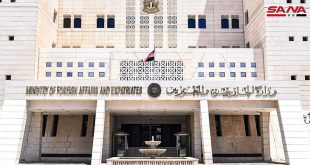 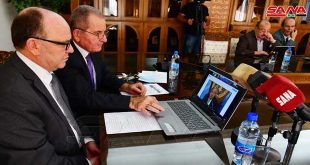 New York, SANA – Syria’s Permanent Representative to the UN Dr. Bashar al-Jaafari on Tuesday briefed a delegation of Syrian expatriates in the US and Canada on the latest developments and UN resolutions relevant to the crisis in Syria.

Meeting the delegation, which was visiting the headquarters of the Syrian Permanent Mission in New York, al-Jaafari stressed the importance of clarifying the national stance of the Syrian expatriates as representatives of the Syrian community abroad and their aspirations to restore peace and stability to their homeland.

For their part, members of the delegation expressed hope that the UN will return to its credible role, particularly after the behavior of some UN member states diverted it from its main goals which are preserving the international peace and security, preventing foreign interferences, and respecting the sovereignty of states.

Visiting the missions of the Security Council’s member states, members of the delegation affirmed adherence to Syria’s territorial integrity, briefing the ambassadors and representatives on their stance and visions regarding the crisis in Syria.