Two killed, 16 injured in terrorist attacks in Aleppo and Quneitra 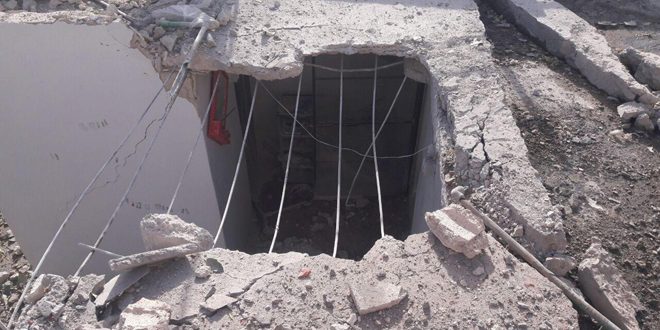 Aleppo/Quneitra, SANA – Two people were killed and 11 others were injured on Friday when terrorists fired shells at al-Ramousa neighborhood in Aleppo city.

A source at Aleppo Police Command told SANA that terrorists located in the eastern neighborhoods of the city and areas west of the city fired assorted shells at al-Ramousa neighborhood, killing 2 and injuring 11 others.

Earlier today, al-Ikhbariya TV correspondent Walid Hanaya was injured with shrapnel from one of 7 rocket shells fired by terrorists on al-Castello corridor which was set up to receive locals leaving the eastern neighborhoods.

In Quneitra province, five persons, including two women, were injured and huge material damage were caused to the citizens’ houses due to a terrorist rocket attack on Harfa village in the countryside of the province.

SANA reporter said that Jabhat al-Nusra terrorists positioned in al-Hamidiyah village targeted on Friday with more than 12 rocket shells the village of Harfa in Quneitra countryside.