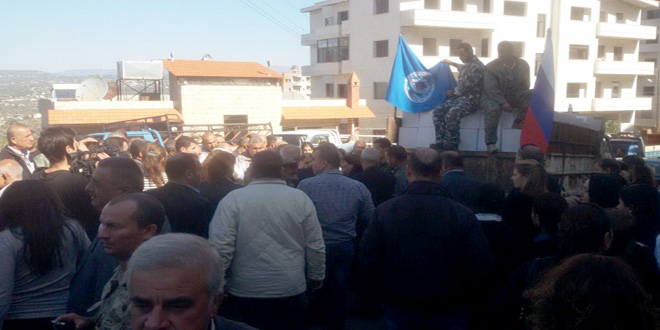 Tartous, SANA – A new batch of food and medical aid provided by Russia was distributed on Thursday to the families of Safita area in the coastal Tartous province.

A representative from the Hmeimim-based Russian Coordination Center said that the Russian aid comes in the framework of the joint efforts by the Syrian and Russian governments to support the Syrian people in the face of the terrorist war waged on their country.

Last month, two tons of flour and 435 food packages provided as aid by Russia were distributed in Tartous province.