Putin discusses with Russian Security Council the situation in Syria 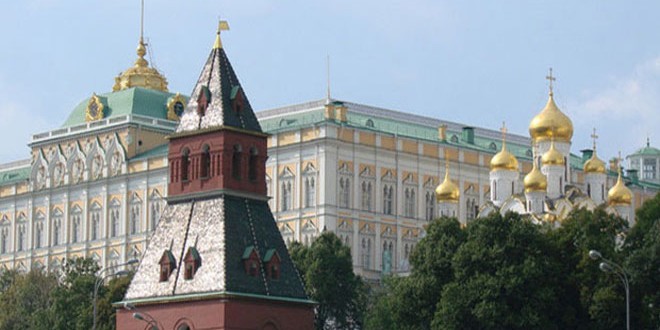 Moscow, SANA – Russian President Vladimir Putin discussed with the permanent members of the Security Council of the Russian Federation on the situation in Syria.

Kremlin spokesman Dmitry Peskov said the meeting discussed the situation in Syria, including the recent decision on applying another humanitarian pause in Syria.

For his part, Russian Deputy Foreign Minister Sergey Ryabkov affirmed that the Syrian and Russian governments are taking all possible steps to improve the humanitarian situation in Aleppo.

“On our part and on the part of the Syrian government, all the possible and imaginable steps to address the problems faced by the residents of this city are being taken,” said Ryabkov.

He added that the Russian and Syrian air forces didn’t launch any operations over Aleppo for 17 days, in addition to announcing a humanitarian pause on Friday, noting that terrorists are trying to foil the truce in the city of Aleppo and they will be responsible for the consequences for that.