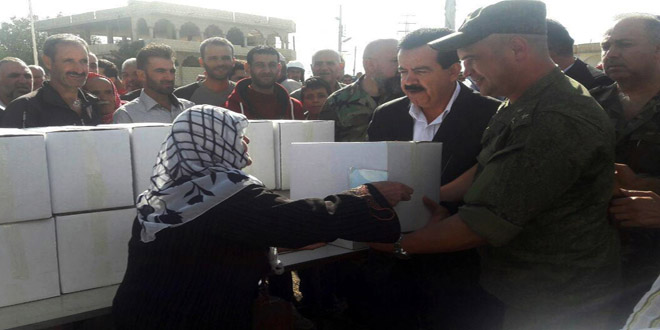 Quneitra, SANA-Food aid provided by the Russian Federation was distributed on Monday to the families of Ayouba village in the eastern countryside of Quneitra province.

During the distribution process, Quneitra Governor Ahmad Sheikh Abdul-Qader said that the aid includes 150 food packages as part of the humanitarian support provided by Russia as an expression of its solidarity with the Syrians in their war against terrorism.

In turn, Representative of the Russian Coordination Center in Hmeimim Sergey Ivanov pointed out that the Russian aid aims at alleviating the burdens of Syrian citizens and displaced and affected families.