Lavrov: US doesn’t want to separate terrorists from “moderate opposition” in Syria 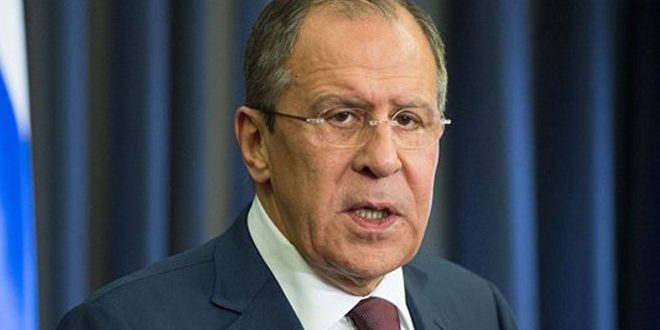 Moscow, SANA – Russian Foreign Minister Sergey Lavrov said on Monday that the fact that the United States didn’t separate the so-called “moderate opposition” from Jabhat al-Nusra terrorist organization in Syria shows that Washington doesn’t want to contribute to such a separation.

In a press conference following talks with Cypriot counterpart Ioannis Kasoulides, Lavrov said that Russia has said before the US and its allies are either unable or unwilling to separate the moderate opposition from al-Nusra, and now it seems that they actually don’t want to do this.

At the same time, Lavrov said that talks with Washington are very serious, including talks with military figures, voicing hope that the pause announced by the Russian and Syrian air forces that started almost two weeks ago will be enough to implement the aforementioned separation.

Lavrov stressed that all militants in the eastern neighborhoods of Aleppo are in collusion with Jabhat al-Nusra in one way or another, whether they directly participate in the terrorists’ attacks on areas in southwestern Aleppo, stressing that these attacks have reached a point where even the Western media cannot ignore them.

He also asserted that militants that remain in al-Nusra areas after all the calls made to them to disavow themselves from terrorists are considered viable targets.

He hoped that the “survival instinct” will prevail because courting terrorists in a bid to use them for personal goals has never led to good things.

In turn, Kasoulides affirmed that his country supports Syria’s territorial integrity, and that it wants to focus attention on humanitarian issues and on the political process in Syria. 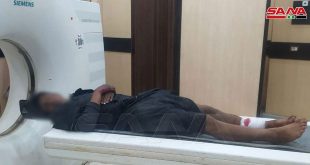