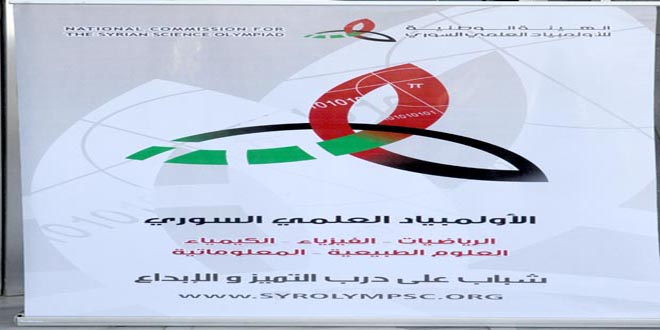 Damascus, SANA – The competitions of the Syrian Science Olympiad started on Sunday in the subjects of math, physics, chemistry, IT, and biology with the participation of 49165  10th  grade students from all provinces.

Head of the National Commission for the Syrian Science Olympiad Imad al-Azb highlighted the annual increase in the number of participants in the Olympiad competitions, including this year the participation of private schools.

Al-Azb explained the procedures of the competitions that will be conducted on the levels of schools, regions, provinces and finally the country, as the finals will be held at the beginning of 2017. The winners then qualify to take part in the international Olympiad next July.