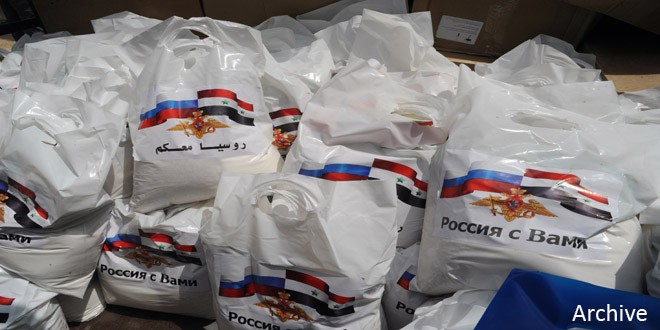 Hama, SANA – A new batch of humanitarian aid provided by the Russian Federation was distributed on Wednesday in Deir al-Saleib village in the countryside of Hama province.

In a statement to SANA reporter, Hamed Hasan the mayor of Deir al-Saleib village said that food packages provided by Russia have been distributed among 240 families of martyrs and wounded army personnel from the village, asserting that the aid provided by Russia shows the depth of the relations between Russian and Syrian people.