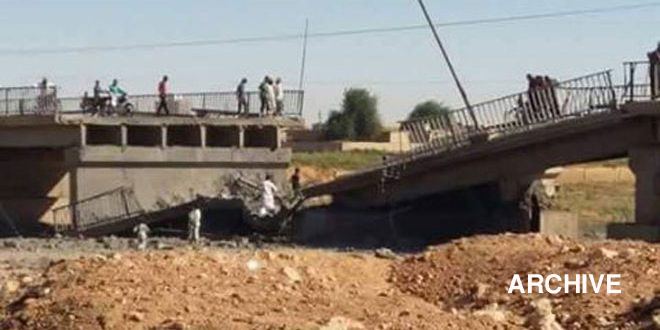 Deir Ezzor, SANA- As part of targeting Syria’s infrastructure under the pretext of the war on ISIS terrorist organization, the aircrafts of the US-led International Coalition launched airstrikes on two bridges on the Euphrates and Khabur rivers in the countryside of Deir Ezzor.

This attack came less than 24 hours after the Coalition’s raids on Hassadjek village in Afrin area north of Syria which claimed the lives of 6 persons and injured 4 others.