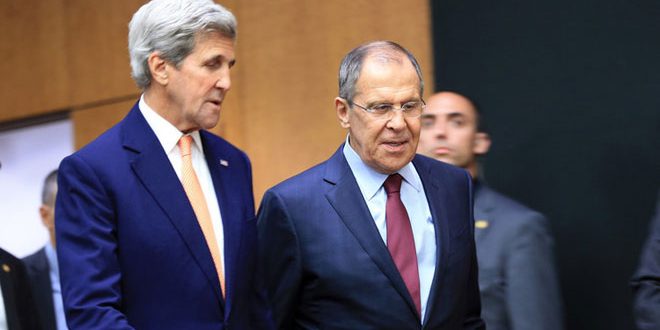 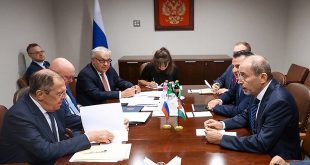 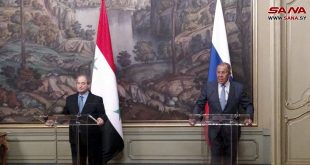 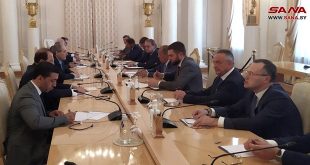 Lausanne, SANA – Russian Foreign Minister Sergey Lavrov said that the participants in the Lausanne meeting on crisis in Syria presented interesting ideas, and that they agreed to resume communications soon.

In a statement after the conclusion of the meeting on Saturday evening, Lavrov said voiced hope that the ideas discussed during the meeting and later communications in the coming days will lead to agreements that would help resolve the crisis in Syria.

Talks had begun earlier on Saturday in the Swiss city of Lausanne with the participation of Russian Foreign Minister Sergey Lavrov, his US counterpart John Kerry and a number of other foreign ministers of some regional countries.

Before the talks kicked off, a meeting was held between Lavrov and Kerry in which they discussed means of solving the crisis in Syria and reactivating the cessation of hostilities agreement.

Yesterday, Lavrov said Moscow was not going to put forth any new initiatives at Lausanne meeting, noting that the terms of the cessation of hostilities in Syria and the settlement there were formulated in relevant Security Council resolutions and must be implemented. 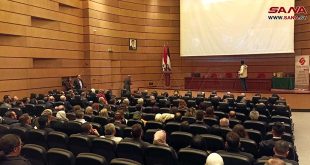