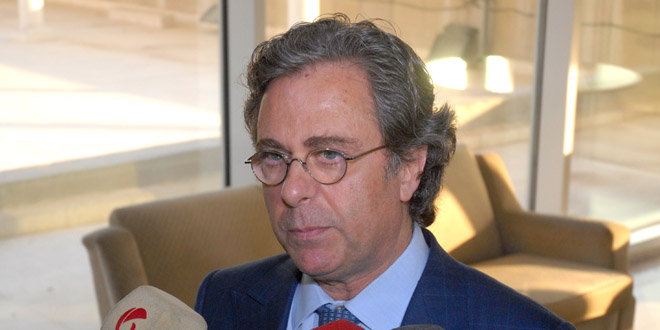 The Minister referred in particular to areas of cooperation in the fields of reconstruction projects, developing the industrial sector, informatics, software industry and energy sector, in addition to the possibility of implementing joint projects and investments.

He highlighted the importance of updating and developing the legal framework governing the cooperation relations between the two countries through signing the necessary documents and reactivating the joint ministerial committee.

He added that the Ministry will work on encouraging participating in exhibitions to introduce the Pakistani products in a way to help build foundations for future partnerships between both countries.

For his part, the Pakistani Ambassador said his government is interested in enhancing cooperation with Syria, highlighting the importance of Syria participating in international and specialized exhibitions held in Pakistan, which would serve as a real opportunity to build partnerships and strike business deals between the two sides.