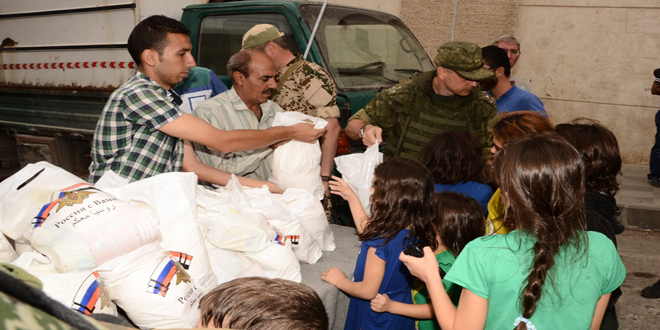 Aleppo, SANA-A food aid provided by Russia was distributed on Friday among the families in al-Ashrafyih neighborhood in Aleppo city.

For his part, representative of the Russian Coordination Center at Hmeimim said in a statement to SANA that the aid includes varied kinds of canned food, flour and other basic food substances.

He pointed out that the distribution process included the citizens who exited the eastern neighborhoods of Aleppo city via the humanitarian passages and the families affected by the terrorist attacks.

In turn, the families expressed their thanks and appreciation for the Russian people and government for their supporting stances towards Syria.