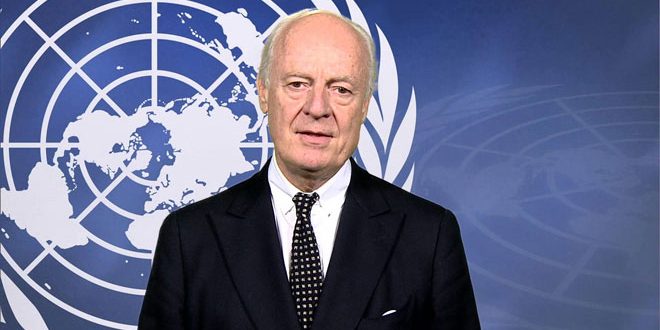 Geneva, SANA- UN Special Envoy for Syria Staffan de Mistura announced on Friday that the results of the upcoming Russian-US agreement on the situation in Syria will positively affect the resumption of the political process.

In a press conference in Geneva, de Mistura said that the United Nations will support the positive results of this meeting which can make a significant difference in the subject of the cessation of hostilities agreement and the humanitarian aid, noting at the same time that the agreement between the two sides will also affect positively the resumption of the political process.