Ryabkov: Russian, US officials will meet soon to reach an agreement on Aleppo 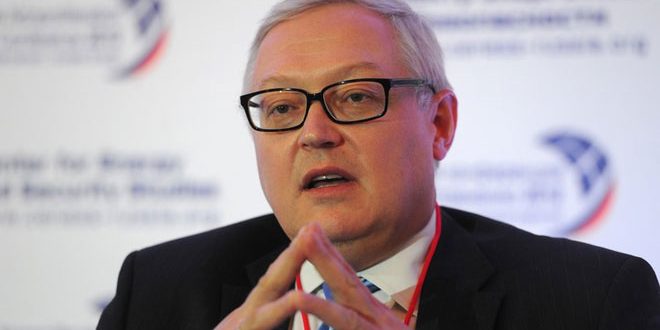 Tehran, SANA- Russian Deputy Foreign Minister Sergey Ryabkov said on Wednesday that Russian and US military officials will meet during the next few hours to reach a final agreement on the situation in Aleppo.

Ryabkov said in a statement to Iranian Tasnim new agency in Tehran on Wednesday “We are just few steps far,” hoping to a significant agreement would be reached to resolve the special situation in Aleppo.

“We have done our best during the past week to have the situation stabilized and defeat terrorists and to improve the humanitarian situation in Aleppo affected by the attacks of terrorists who do not wish to achieve peace in the region and the world,” Ryabkov added.

Meanwhile, a Russian diplomatic source referred to the resumption of consultations between Russian and American experts on the situation in Aleppo.

Ryabkov started a visit to the Iranian capital of Tehran to hold talks on the latest developments in the region.

Ryabkov: Russian US officials will meet soon to reach an agreement on Aleppo 2016-08-31
m.eyon
Share
Previous Lavrov expresses concern over Turkey’s measures north of Syria
Next The army’s operations against terrorist organizations south of Aleppo