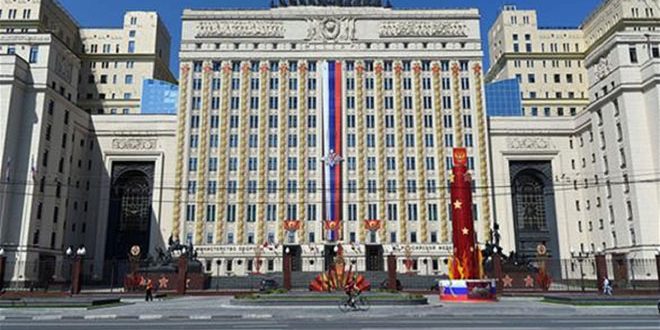 Moscow, SANA – The Russian defense Ministry confirmed that 40 terrorists from ISIS including the terrorist organization’s spokesman were killed on Tuesday in a Russian airstrike on one of their gatherings in Aleppo’s northern countryside.

In a statement issued on Wednesday, the Ministry said that a Su-34 fighter carried out an airstrike on Tuesday on a gathering of 40 terrorists from ISIS in Marata Oum Hosh village in Aazaz area in Aleppo’s northern countryside, killing them all including ISIS spokesman Abu Muhammad al-Adnani.

The Ministry pointed out that al-Adnani ranked second in the terror organization after its leader Abu Bakr al-Baghdadi, and he was notorious for calling for carrying out terrorist attacks in Western Europe and the United States.

ISIS media sources acknowledged on Tuesday that al-Adnani, whose real name was Taha Sobhi Fallaha, was killed in Aleppo countryside.