Cypriot President calls for political solution to crisis in Syria 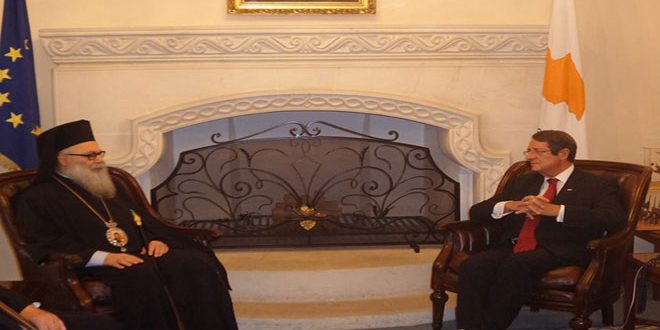 Nicosia, SANA – President of Cyprus Nicos Anastasiades stressed on Monday the need for political and peaceful solutions to the crises in the region, including Syria.

Receiving the Greek Orthodox Patriarch of Antioch and All the East John X Yazaji at the Presidential Palace in the Cyprus Capital of Nicosia, the President underlined the deep and historic ties between the people of Syrian and Cyprus.

For his part, Patriarch John X called for intensifying efforts to lift the unjust economic siege imposed on the Syrian people as well as all economic sanctions which affect the cost of living.

He highlighted the importance of Syrian-Cypriot relations, the territorial unity of Cyprus and the co-existence of all religions in the East, calling for rejecting terrorism and extremism.

Patriarch John X reiterated the need for taking serious procedures to liberate the two abducted archbishops Paul Ibrahim and John Yaziji of Aleppo, noting that this case is entering its fourth year amid an international silence and clear disregard of human rights. 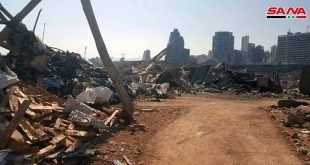