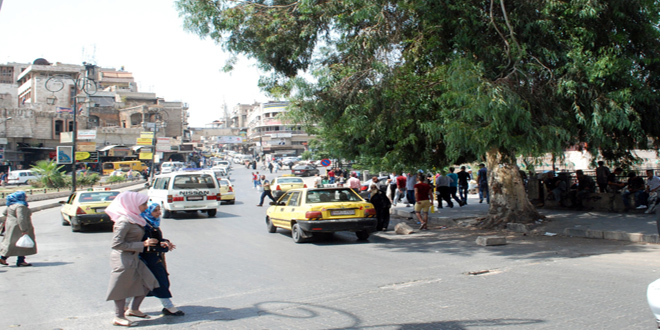 Damascus, SANA- Temperatures remain above average from 3 to 5 degrees as the country is still being affected by the seasonal Indian low air pressure accompanied by a subtropical high air pressure in the upper layers of the atmosphere.

The meteorology Department expected in its Saturday bulletin that the weather is hot and skies are clear and partly cloudy in general, humidity  is high in the southern, central and western regions and very hot and misty in the eastern, al-Jazira and al-Badia (desert).

The winds will be northwesterly of low and moderate speed, while the sea waves will be of low amplitude.

2016-08-27
hala
Share
Previous Kerry: Terrorist groups like ISIS and al-Nusra are a threat to the Syrian people
Next Nine new breaches of the cessation of hostilities observed in Damascus and Lattakia