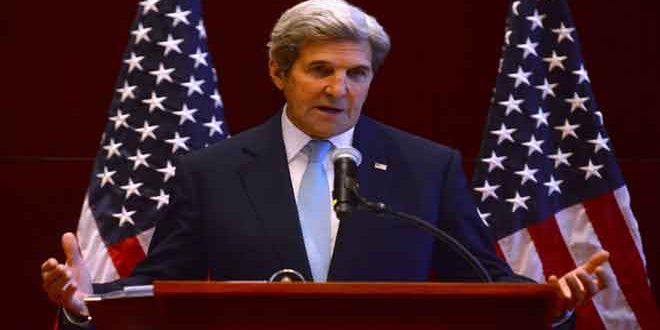 Vientiane, Laos, SANA – US Secretary of State John Kerry expressed his hope that a progress will be made in order to reach a political solution for the crisis in Syria soon.

Speaking after meeting with Russian Foreign Minister Sergei Lavrov on the sidelines of a meeting of Southeast Asian nations in Laos, Kerry said that he hopes to announce a progress achieved to reach a diplomatic solution in Syria in early August or the first week of the month.

“In simple terms, what we’re trying to do is strengthen the cessation of hostilities, provide a framework which allows us to actually get to the table and have a real negotiation,” Kerry said, adding “I think we are making progress.”

Kerry hoped to announce in early August details of a U.S. plan for closer military cooperation and intelligence sharing with Russia on Syria, pointing out that there has been progress in recent days on moving forward with the plan.