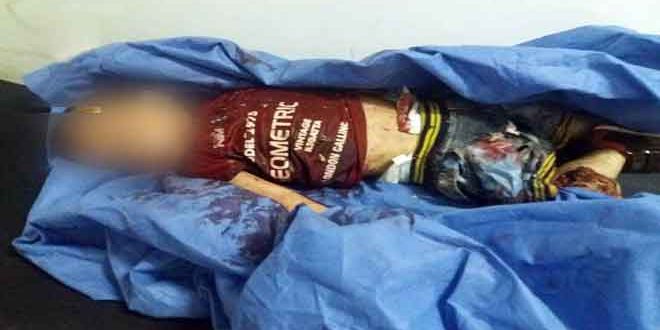 Provinces, SANA-Eleven civilians were killed, among them  a child and two women,  while  44 others were injured in terrorist attacks with rocket shells and  sniper bullets on neighborhoods and the public facilities in Aleppo city on Friday.

A source at Aleppo Police Command said that eight civilians were killed and 34 others injured in a rocket shell fired by terrorist groups on the public park.

The source added that terrorists also fired a number of rocket shells on al-Khaldiyeh neighborhood, killing three civilians and injuring 7 others and causing huge material damage to the citizens’ houses, cars and private properties.

Earlier, five civilians including a child and a woman were killed and 27 others were injured due to a rocket shell fired by terrorists on the Public Park in Aleppo city, according to a source at Aleppo Police Command.

The source told SANA’s correspondent that some of the injured civilians are in a critical condition, and that the attack caused material damage to the park and its facilities.

Meanwhile, a number of citizens were injured due to terrorist rocket attacks on the besieged towns of al-Foua’a and Kafraya in Idleb, in a new breach of the cessation of hostilities agreement. 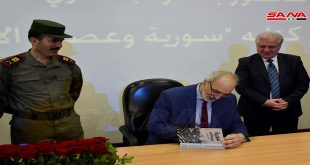