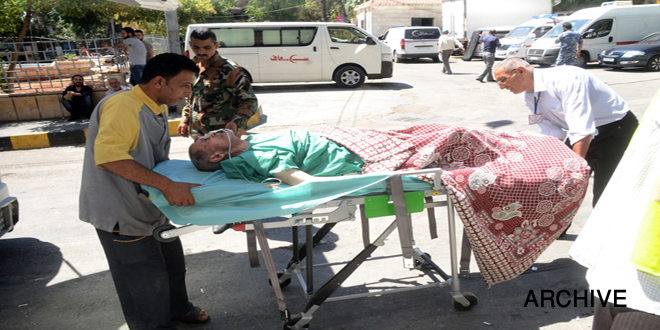 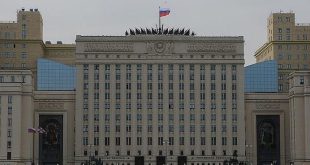 Provinces, SANA – Four civilians were killed and 19 others were injured when terrorist groups fired rocket shells and explosive bullets in their attacks on neighborhoods in Aleppo city on Thursday.

A source at Aleppo Police Command said the death toll from the terrorist attacks that targeted the neighborhoods of al-Jamiliyeh and al-Quwatli Street, the area surrounding the Municipal Palace, Saadallah al-Jaberi Square ad al-Jamiaa Square has risen to four.

19 more civilians were reported injured in the attacks, the source added.

The initial death toll earlier today was two peopel killed, in addition to 16 others injured.

The attacks also caused material damage to private and public properties in the sites where the shells fell, the police source noted.

8 civilians injured in a terrorist rocket attack on Harasta Suburb

In the same context, eight civilians were injured in a rocket attack by Jaish al-Islam terrorists on Harasta Suburb in Damascus Countryside.

The source added that the attack also caused material damage to the locals’ properties.