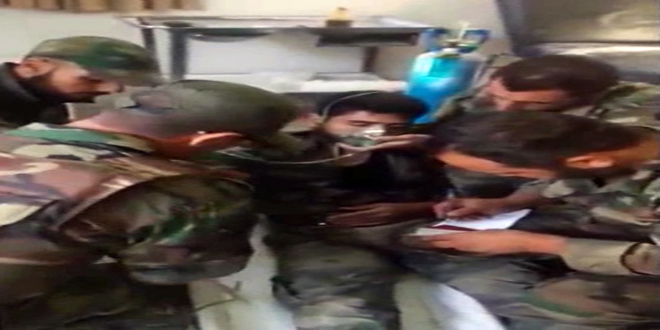 Damascus Countryside, SANA- Terrorist organizations targeted on Wednesday one of the Syrian Army’s points in Eastern Ghouta in Damascus countryside with toxic substances, according to a military source.

The source clarified that toxic materials with a harmful impact on the nervous system were used in the attack, which led to the injury of a number of army personnel who suffered suffocation cases and respiratory complications.

Armed terrorist organizations had previously used toxic gases including sarin in several parts of Syria, namely in Khan al-Assal in Aleppo countryside, Ghouta and Hasaka, to cover their losses incurred by the military operations of the Syrian Arab Army and allied forces.

A number of media reports revealed earlier that substances needed to produce sarin had been smuggled from Turkey to terrorist groups in Syria.