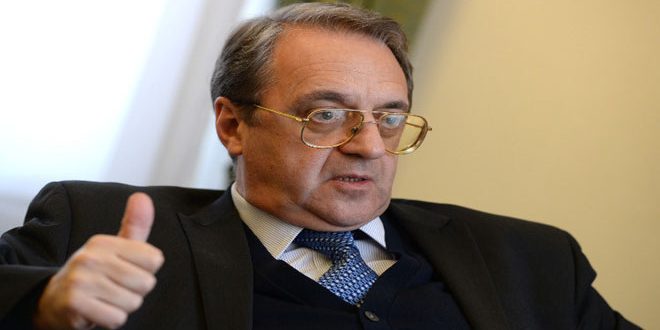 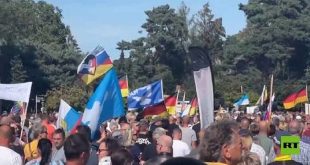 Moscow, SANA- Russian President’s Special Representative for the Middle East and African Countries, Deputy Foreign Minister Mikhail Bogdanov said Moscow supports the Syrian- Syrian dialogue in Geneva with the participation of all parties that support the agreement of the cessation of hostilities in Syria.

Sputnik News Agency quoted Bogdanov as saying on Monday “We support the continuity of talks without long pauses in order to be straight and steady with the participation of all parties that agree to the cessation of hostilities and the talks according to the agreed upon foundations such as the UN Security Council resolutions and the statements of the International Syria Support Group in Vienna.”

On reports about cooperation between the Turkish regime and the US to carry out joint operations in Syria, Bogdanov said “this is a violation of the sovereignty of Syria and no justification gives right to this act,” considering the step as an intervention in Syria’s domestic affairs.